Sensory Perception Chairs are focused on the heart and the breath. These comfortable, papasan chairs are sensitive to seated participants. These chairs create a novel experience for a participant by reflecting aspects of their own physiology. Similarly, via visceral presence, the chairs translate subtle, physiological, phenomena into an encounter for observers.

Like the fish, perhaps not realizing that it’s swimming in water, we may not always notice that our perception is modified by the media that permits its functioning. The Sensory Perception Chairs direct attention to essential aspects of our nature, that media which help form the foundations of physiological state, sensory awareness and our perceptual abilities.

The Sensory Perception Heartbeat Chair operates via the principle of electronic signal amplification. The participants places their hands upon the domed silver surfaces and the detected electrical signal is amplified approximately 30,000 times. The detected signal is the participants ECG, LEAD I. This lead is standardly measured during a medical Electrocardiograph recording. The amplified ECG is directed to haptic (touch sensation) transducers and illuminating light sources placed within the chair. The environment generated within the confines of the papasan chair is fully determined by the participant’s measured ECG.

The Sensory Perception Breathing Chair measures and amplifies the participant’s breathing pattern. With this chair, inspired and expired breath is translated to the motion of large feather fans that alternately open wide or close around the participant. Feather fans orient attention to the fractal nature of the branching pathways of the lungs.

When inhaling, the diaphragm contracts and moves downward, thus increasing volume in the chest cavity. This action is aided by the intercostal muscles between the ribs that contract to pull the rib cage both up and out to support increasing volume in the chest cavity The lungs expand into this increasing space. As the lungs expand, air is pulled in through the nose and/or mouth and travels down the windpipe and into the lungs, bronchial tubes and finally, the alveoli. Oxygen, from the inspired air, passes to the capillaries through the walls of the alveoli. The capillaries hold traveling red blood cells that carry hemoglobin that acts to support the transfer of oxygen to the blood. Simultaneously, carbon dioxide moves from the capillaries to the alveoli.

When exhaling, the diaphragm and intercostal muscles relax and the diaphragm moves up into the chest cavity. As the volume in the chest cavity reduces the expired air, now rich in carbon dioxide, is forced out of the lungs through the nose and/or mouth. Unlike inspiration, exhalation generally requires no muscular effort from your body. However, when exercising, abdominal muscles can contract to push the diaphragm against the lungs to help force air out of the body.

The Sensory Perception Breathing Chair measures and amplifies human inspiration and expiration. With this chair, inspired and expired breath is translated to the motion of large feather fans that alternately open wide or close around the participant. Breathing is detected via analog amplification of changes in center of gravity in the chair. The amplified signal is directed to control the movement of fans, sounds and light sources 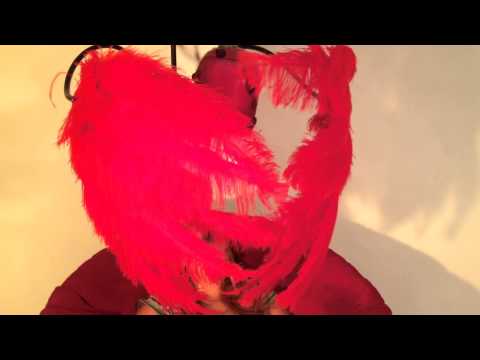 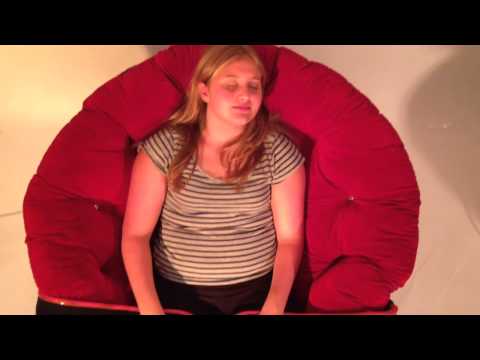