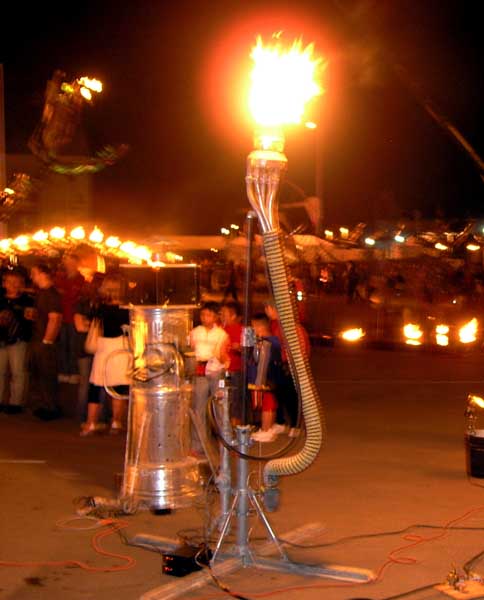 Monster is a flame sculpture that is designed to release a burst of propane, rapidly mixed with ambient air, to create a modest fuel/air momentary fireball after ignition. 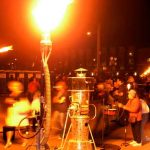 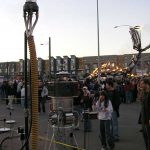 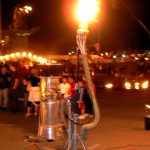 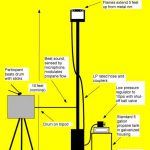 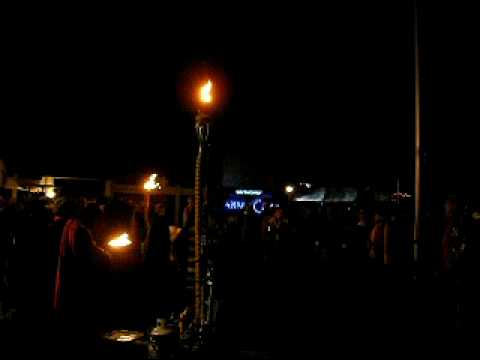 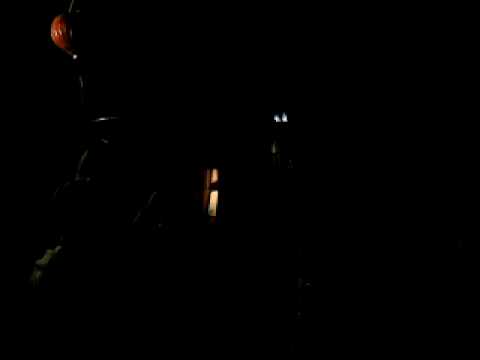