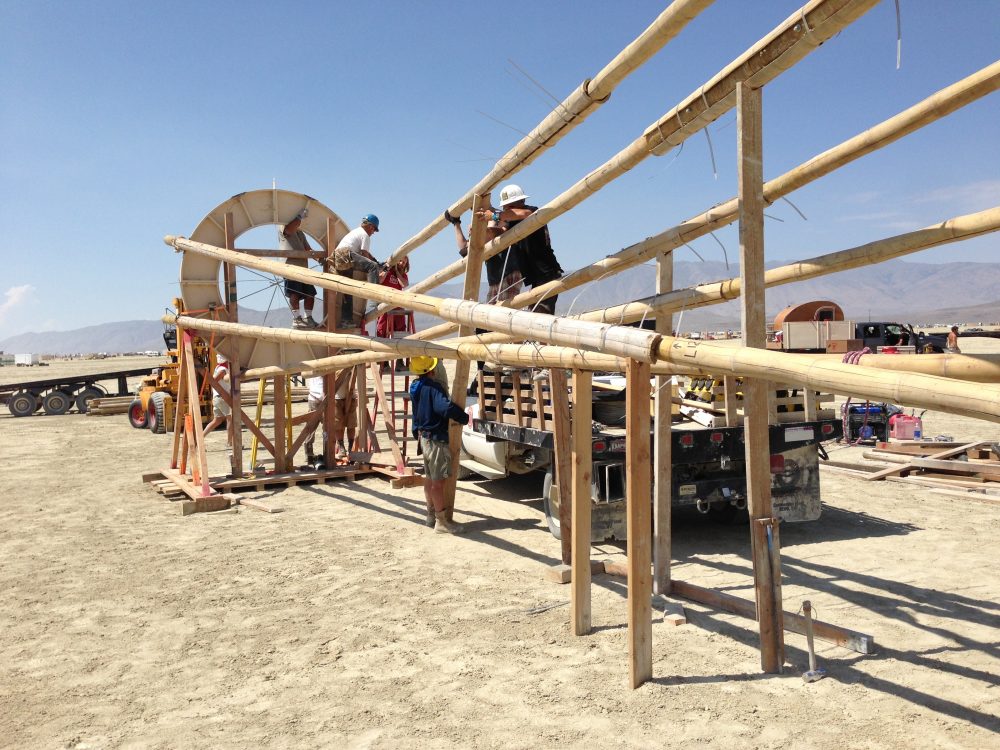 Control Tower is a 70 foot tall bamboo structure outfitted with a variety of high power LED fixtures, lasers and fire effects. The tower is designed to sense crowd activity via Doppler radar sensors. Design and build by International Arts Megacrew for BRC, 2013. 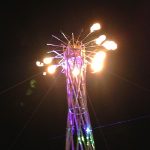 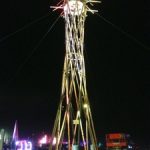 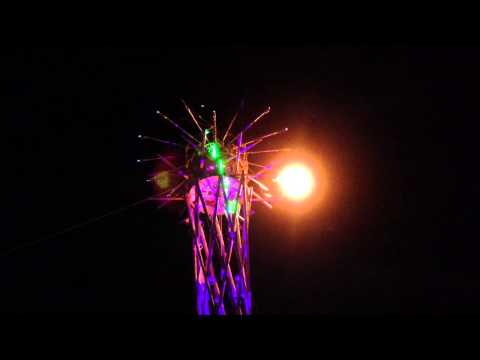